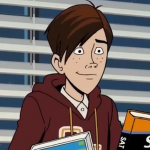 Look at the cuteness. LOOK AT IT
This is a piece of artwork I found from the rare Infinity Artbook. It's very pretty!
A book I found at a second-hand book store. It is based on the English dub of Sailor Moon.
A pretty picture of Sailor Venus.
Shiori Sakata as Sailor Venus.
The Sailor Venus guide that I got for my birthday.
A picture that Elle made me. It's basically me in a nutshell.
Another picture that Elle made of me. It is me with a jet pack riding on a goat whilst singing "Bohemian Rhapsody" with "Route Venus" playing in the distance. Sioraf is on a bicycle in the backrground and referencing "Bicycle Till Tomorrow".

Retrieved from "https://sailormoon.fandom.com/wiki/User:StarsandPeacesigns?oldid=162776"
Community content is available under CC-BY-SA unless otherwise noted.