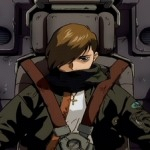 Us As Sailors By Elle Slideshow

Sioraf is Irish for giraffe (it rhymes with giraffe too) as means from and Na Cillini is the Irish for a townland near where I lived before being dragged to the other side of the county.

While they were in New York in November of 1991 my Dad raped my Mom who had already been raped as a child by her own family. I was the product of this and so I wasn't treated all that well and at the age of 7 with Dad unable to get along with his mother we moved and since we were leaving the countryside near Cork City (I was born in the city and initially raised in the countryside) I cried on the day and I was dead right to. The first year or 2 was fine but then we moved to Macroom, this rundown town in the other side of the county where I went to an all boys' primary school which was downhill and far smaller and spartan than what it is now. In 2004 at the age of 12 in 6th class I discovered that it was being kept secret from me that I was being tested for asperger's syndrome and so I was traumatised and stopped loving and trusting my parents and I still don't love or trust them today, especially after overhearing (in 2013) that my father had raped Mom and she says that he abused her psychologically too. I became even more withdrawn, left school (I was also being bullied) and would hardly leave my room, I just hung around there reading The World At Arms and I had lost my religion. I regained it one day when all of a sudden the sun came out (literally) and I inexplicably felt much better, this was the beginning of my recovery. I regained my religion and went to secondary school after all. I left in 5th year due to a combination of a fear of crowds, my books constantly disappearing mysteriously (the middle brother has told me that it's common for the boys to hide other boys' books), nasty teachers (yet again), trouble at home (my parents' marriage was collapsing after the youngest brother got diabetes) and having realised that the teacher that was hanging around with me all of the time was a special needs assistant. In 2005 we got broadband and so I spend almost all of my time on the internet. At first I thought it was great; watch videos on YouTube and look stuff up on Wikipedia. I realised soon though that most people on the internet absolutely hate religion. I left a number of sites but stayed on the internet and having found out that Haruka and Michiru's relationship was covered up I decided that I wasn't going to watch Sailor Moon again since I'm against both censorship and homosexuality (these days I don't think major issue with anything apart from the sex however). I did give Sailor Moon another go in 2013 however and so I joined this wiki in September 2013. I began editing in earnest in January of 2014. The early 2010's were horrible as I felt sorry for people given the recession and Mom fell to pieces having separated from Dad and she became even more foul tempered than usual. Life is still very hard for me but...

I like to hang around with Elle, Len, Liz (I think of them as my sisters) and Imaginationgirl, they're nice after all but I can't allow myself to get too attached to them as I've lost every friend I've ever had and I don't want to go through that pain again. The people on this wiki have been through an awful lot. Keep us in your thoughts and prayers, we need it.

Retrieved from "https://sailormoon.fandom.com/wiki/User:Siorafasnacillini?oldid=122516"
Community content is available under CC-BY-SA unless otherwise noted.