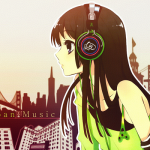 Hello and welcome to my profile. I'm Shimazu or Shima for short.

My History with Sailor Moon

Growing up, I was more likely to watch Scooby-Doo than anything on Toonami. I didn't even know what Sailor Moon was until seventh grade, which was the year that I found out about anime.

When I found out about it, I didn't know that each season had a different-ish name. I just thought that the whole anime was named Sailor Moon and just Sailor Moon. That didn't help when I was watching the show on an illegal streaming site for anime (I was young and didn't know better). So, I went over to YouTube and watched the DiC dub (or Cloverway dub, I dunno which) since this was 2009, long before the announcement that VizMedia was redubbing the series. I got around the halfway point that I ran into a recap episode, one before the Infinity arc, that I noticed something significant: Usagi's voice sounded... odd. It was different and the person who was voicing her now sounded like she was trying to imitate the one who came before her. It was very distracting, to say the least. Then I found out that the show was 200 episodes long and there were other anime that I wanted to watch anyway. So I stopped watching and paid the series no more attention.

Then, sometime in 2015, I decided to watch Sailor Moon Crystal. I had heard that it was going to be a more faithful adaptation of the manga which meant that there would be less episodes to get through. So, I watched it and here I am. :)

Random Facts About Myself

Retrieved from "https://sailormoon.fandom.com/wiki/User:Shimazu_Sumiko?oldid=222188"
Community content is available under CC-BY-SA unless otherwise noted.