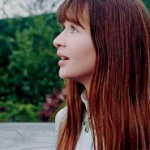 My favorite Sailor Senshi in the series is Sailor Saturn because she's the sweetest of all the Senshi. Not to mention one of the most powerful!

19.Other anime i've watched:The Melancholy of Haruhi Suzumiya and No Game No Life.

23.I LOVE PLAYING MINECRAFT.I usually play on creative mode or on the servers (Mineplex anyone?). I have two survival worlds, one is abandoned and the other i play on all the time but since i have the game set to peaceful (because i didn't want any creeps spawning in my ice castle and because i'm a wimp) and i used this cheat so that Diamonds would appear on the surface (IT IS NOT A MOD!) it kind of doesn't count.

Black Lady's new dress
Kawaii!
Sailor Moon R eyecatch
An AMV i made-most complex one ever
Sailor Kousagi Moon
Moon Princess Halation!
Aww! i love Chibiusa's CWI dub voice!
One of my favourite songs
I really want this dress
Se! Ra! V!
Starlight Honeymoon Therapy Kiss
Pluto Planet Power,Make-up!
Jupiter Star Power,Make-up!
Naoko Takeuchi's notes from 1992
A rare Sailor Moon notebook
Wish the official ones had a moving screen
One of the GIFS i made
My drawing of Queen Usagi Lady Serenity
Codename Sailor V
Small Lady, the Quartet and Diana
Kousagi in full colour and in your face!
Unrelated to SM but it's fave AMV (that's not mine)
CHIBI ZOISITE.
Fukano Moon: Sailor Moon's proposed form for the StarS arc
Venus Love-Me Super Chain!
Another GIF i made
Add Image
Retrieved from "https://sailormoon.fandom.com/wiki/User:LaRulerMorteRossa?oldid=137292"
Community content is available under CC-BY-SA unless otherwise noted.