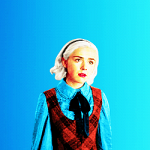 My favorite Sailor Senshi in the series is Sailor Moon because i feel like i can relate to her personality wise,although i also favour Sailor Saturn and Sailor Jupiter.

4.My least favorite Sailor Senshi is Sailor Mars.Why? Because she was always on Usagi's case about one thing or another (blame the english dub for adding the extra flames to her character)

19.Other anime i've watched:The Melancholy of Haruhi Suzumiya and No Game No Life.

23.I LOVE PLAYING MINECRAFT.I usually play on creative mode or on the servers (Mineplex anyone?). I have two survival worlds, one is abandoned and the other i play on all the time but since i have the game set to peaceful (because i didn't want any creeps spawning in my ice castle and because i'm a wimp) and i used this cheat so that Diamonds would appear on the surface (IT IS NOT A MOD!) it kind of doesn't count.

Black Lady's new dress
Kawaii!
Sailor Moon R eyecatch
An AMV i made-most complex one ever
Sailor Kousagi Moon
Moon Princess Halation!
Aww! i love Chibiusa's CWI dub voice!
One of my favourite songs
I really want this dress
Se! Ra! V!
Starlight Honeymoon Therapy Kiss
Pluto Planet Power,Make-up!
Jupiter Star Power,Make-up!
Naoko Takeuchi's notes from 1992
A rare Sailor Moon notebook
Wish the official ones had a moving screen
One of the GIFS i made
My drawing of Queen Usagi Lady Serenity
Codename Sailor V
Small Lady, the Quartet and Diana
Kousagi in full colour and in your face!
Unrelated to SM but it's fave AMV (that's not mine)
CHIBI ZOISITE.
Fukano Moon: Sailor Moon's proposed form for the StarS arc
Venus Love-Me Super Chain!
Another GIF i made
Add Image
Retrieved from "https://sailormoon.fandom.com/wiki/User:LaRulerMorteRossa?oldid=137169"
Community content is available under CC-BY-SA unless otherwise noted.