Tellu is the 4th member of the Witches 5 to be introduced. She is a Level 404 witch and the 2nd strongest of the Witches 5. As Luru Teruno, she is a gym teacher and caretaker of the botanical garden at Mugen Academy. Her attacks are plant-based.

After Makoto buys a Tellun and sees its nature, the Sailor Senshi goes to investigate the Mugen botanical gardens. They meet Tellu, gathering the hosts and energy of the people who had fallen victim to the Telluns. The Sailor Senshi transform and Tellu attacks with Mandragora Buster, but it is countered with Jupiter Coconut Cyclone. Sailor Moon attacks with Moon Spiral Heart Attack, though it does not affect. Sailor Chibi Moon, then, gains her new attack, Pink Sugar Heart Attack, and aims it at Tellu, where she transforms into her Daimon form. She proceeds to attack the Sailor Senshi but is destroyed by Sailor Pluto's Dead Scream.

Tellu is briefly resurrected, along with the other witches by Kaolinite in Act 34. Sailor Jupiter makes her way to the botanical gardens, where she meets Tellu in her Luru Teruno guise. Sailor Jupiter is about to attack her, but Tellu claims that they don't need to fight and they need to look at the flowers. Tellu hypnotizes Sailor Jupiter with her plants, and Makoto collapses. In the end, Tellu and the rest of the Witches 5 are destroyed for good by Space Sword Blaster, Chronos Typhoon, and Submarine Reflection. 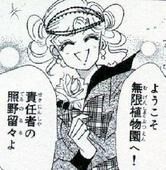 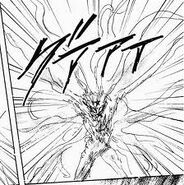 Retrieved from "https://sailormoon.fandom.com/wiki/Tellu_(manga)?oldid=237758"
Community content is available under CC-BY-SA unless otherwise noted.