Template:InfoboxCharacter Sin appears in Sailor Moon: Another Story. She is the Oppositio counterpart of Sailor Moon. She blames Neo-Queen Serenity for letting her parents die during the Black Moon Clan's attack, thus driving her entire rage. Her only remaining family is Anshar, her younger brother.

She is named after the Babylonian god of the Moon.

She wears a black suit with pink patterns her tiara was yellow with a some kind of yellow border on it she had a pink sharp eges on her neck her sholders had three sets of gold stuff with drawing on it her arms and legs had yellow rings. 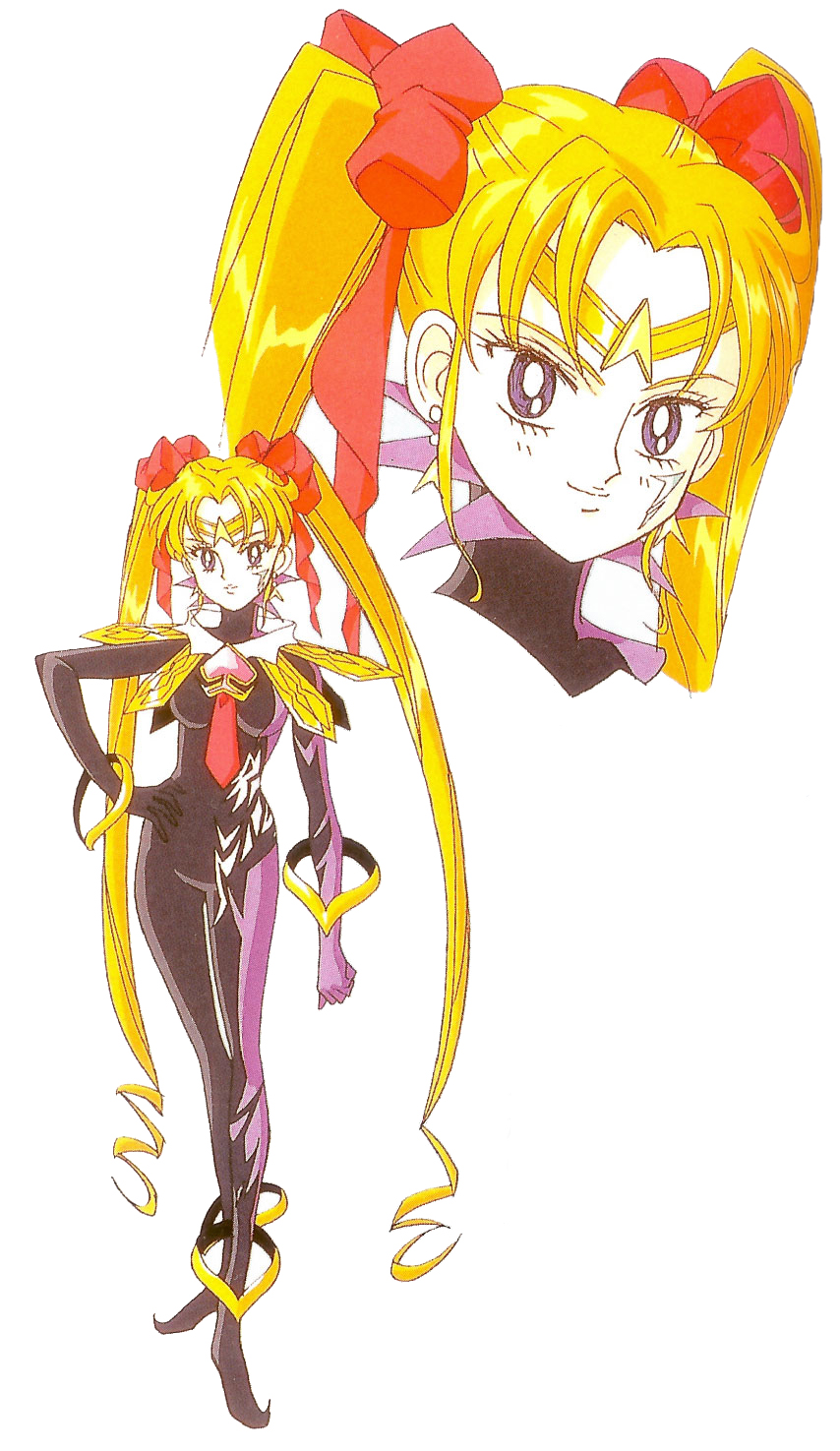 Retrieved from "https://sailormoon.fandom.com/wiki/Sin?oldid=20036"
Community content is available under CC-BY-SA unless otherwise noted.