The "Seven Great Youma" (最強妖魔七人衆, Saikyou Youma Shichininshuu) were the most powerful warriors of the Dark Kingdom and key players in the attack on the Moon Kingdom during the Silver Millenium. After being sealed away by Queen Serenity, they would go on to face the Sailor Guardians on Earth centuries later.

During the Dark Kingdom’s attack on the Moon Kingdom, Queen Serenity managed to imprison the Seven Great Youma inside the Silver Crystal, which then fragmented into seven pieces (known as the Rainbow Crystals, since each one was a different color of the rainbow). The Queen sent these crystals to Earth, along with her daughter Princess Serenity and her court, to be reincarnated as normal humans.

In the present day, Zoisite was chosen by Queen Beryl to reawaken the Seven Great Youma and obtain the crystals that each one was trapped inside. One by one, each crystal was released from its human hosts, causing them to revert to their Youma forms and fight against the Sailor Senshi. Sailor Moon's Moon Healing Escalation was used to restore the hosts to normal while destroying their Youma side. 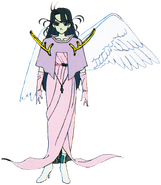 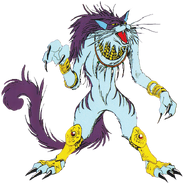