Sailor Moon: Talk Box Mercury is the second release in the Talk Box series and contains episodes 24 through 46 of Sailor Moon. A limited edition of 500 units were available for pre-sale on May 4, 2012 at 580 Mexican Pesos, which came with a mug, a special postcard with a picture of Ami Mizuno and two wall scrolls with pictures of Sailor Mercury and Sailor Moon. On July 14, 2012, the DVD was officially released in Mexico by Capital 8 on the company's main branch located in Colonia Roma, Mexico DF. Rossy Aguirre (Ami's Mexican voice actress) was present that day signing autographs.

Even before this second volume was released, it went through a few problems: The original release date was scheduled on June 23, 2012, but on June 15 Capital 8 posted a message telling the customers that Talk Box Mercury's release would be delayed for less than one month for unknown reasons. However, among the fandom, this delay wasn't too much of an issue.

Most of the criticism started when the decision to dub the second original ending theme, Princess Moon which wasn't dubbed into Mexican Spanish when the anime first came out, was rejected, despite Marissa de Lille being hired for the job. The biggest complaints about the DVD came from the decision to not include Resplandeciente Cristal de Plata in the background of episode 34 and the audio quality of the season's final episode. About the former, Capital 8 stated that the song was left out of the final release because the masters for the said song doesn't exist, that the song was included by each TV network alone.[2] The theme was in fact absent in the first run of the Mexican version, due to it being incomplete at the time. However, InterTrack, the studio in charge for that dub, added it in reruns in Mexico and Latin America.

The episode 46 received complaints about the sound quality (Most of the season's last episodes did as well). Some scenes have the audio completely cut and a few others, such as when Princess Serenity fight against Super Beryl, with the assistance of Serenity's dead friends, have background noise which some viewers stated was too annoying.[3]

Advertisement for this release 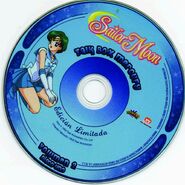 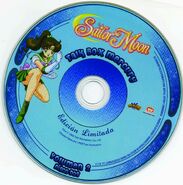 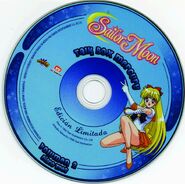 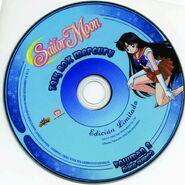 Retrieved from "https://sailormoon.fandom.com/wiki/Sailor_Moon:_Talk_Box_Mercury?oldid=224043"
Community content is available under CC-BY-SA unless otherwise noted.