Mistress 9 is the "Messiah of Silence" from Tau Nebula.

In the older Sera Myu Musicals, Mistress 9 had jet black hair and wore a shiny, blue maxi dress with black mesh sleeves. In the newer musicals, her outfit looked exactly like the manga but it has black sleeves. 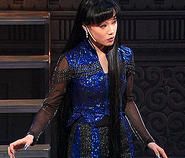 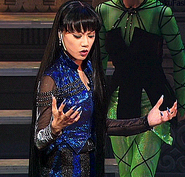 Chinatsu Akiyama as Mistress 9
Add a photo to this gallery

Retrieved from "https://sailormoon.fandom.com/wiki/Mistress_9_(Sera_Myu)?oldid=226654"
Community content is available under CC-BY-SA unless otherwise noted.