Haruka Tenou is the civilian identity and present-day incarnation of Sailor Uranus.

Although she did not have her own image song in the musicals, she did share duets with Sailor Neptune in "Super Beauty! Uranus and Neptune", "Harsh! Saint Cry!!" and "Eye of the Storm," which acted as image songs for both of them. 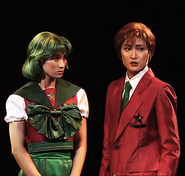 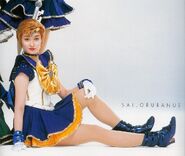 Retrieved from "https://sailormoon.fandom.com/wiki/Haruka_Tenou_/_Sailor_Uranus_(Sera_Myu)?oldid=220061"
Community content is available under CC-BY-SA unless otherwise noted.