The "Crystal Star" is the 2nd magical item that Usagi Tsukino used to transform into the much stronger second evolution of her standard, regular Sailor form of Sailor Moon. It is used in the transformation Moon Crystal Power, Make Up in all versions that the brooch appeared in, and her healing power Moon Crystal Power, which appeared in the anime.

It was created when Usagi's broken Transformation Brooch merged with the Silver Crystal in episode 51 of the anime. In the first anime, the Crystal Star was used to heal the Ayakashi sisters. It was also used to attempt to awaken Neo-Queen Serenity from her slumber, but its immensely strong healing abilities were unsuccessful.

In Act 14 of the manga and Crystal, Queen Serenity bestowed the Crystal Star for Usagi in the Chamber of Prayer when Usagi arrived on the Moon and restored the Moon Castle after the defeat of Queen Metalia. Usagi simply had to place the Silver Crystal inside the brooch to use it. It is destroyed in the final battle against Death Phantom and is replaced by the Cosmic Heart Compact. 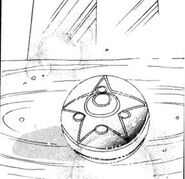 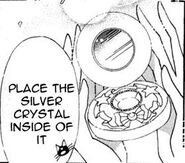 The inside of the compact.
11.jpg
Add a photo to this gallery

Retrieved from "https://sailormoon.fandom.com/wiki/Crystal_Star?oldid=230138"
Community content is available under CC-BY-SA unless otherwise noted.