"Pretty Soldier Sailor Moon SuperS: Fluffy Fluffy Panic" (美少女戦士セーラームーンSuper S：ふわふわパニック/ Bishojo Senshi Sailor Moon Super S: Fuwa Fuwa Panikku) is a video game released for the Super Famicom by Bandai on December 8, 1995, in Japan. It has not been officially translated into English, although there are some fan translations[1] available on the Internet.

The goal of the game is to defeat the player's opponent by popping balloons that are arranged above the character's head. The energy gauge gives the chance to perform special attacks or call in help from Tuxedo Mask, who throws roses to pop the highest row of balloons.

This gauge increases once every other time a shot destroyed a balloon. If the energy gauge is full, the Sailor Senshi character can perform a special attack. 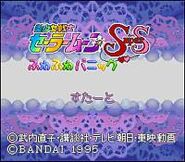 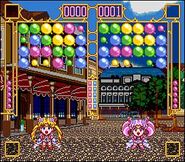 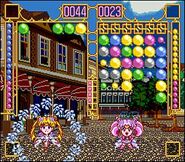 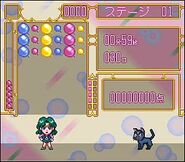 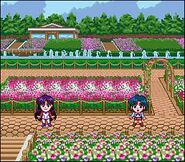 Retrieved from "https://sailormoon.fandom.com/wiki/Bishoujo_Senshi_Sailor_Moon_Super_S:_Fuwa_Fuwa_Panikku?oldid=233787"
Community content is available under CC-BY-SA unless otherwise noted.