"Pretty Soldier Sailor Moon Sailor Stars: Fluffy Fluffy Panic 2" (美少女戦士セーラームーンセーラースターズ：ふわふわパニック2 / Bishoujo Senshi Seeraa Muun Seeraa Sutaazu: Fuwa Fuwa Panikku 2) is a video game released exclusively in Japan by Bandai on September 27, 1996. the Super Famicom and is the sequel to Sailor Moon SuperS: Fuwa Fuwa Panic. The game made use of Bandai's SuFami Turbo accessory and could not be played without it.

This is a puzzle game based on the Sailor Stars season of the anime. The goal is to defeat the opponent by popping balloons that are arranged above the character's head. Tuxedo Mask is the referee in the first game. During the game, the Sailor Senshi characters can receive help from Sailor Chibi Chibi who will pop six balloons with hearts she fires from her scepter. 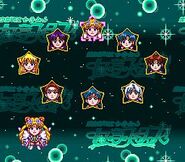 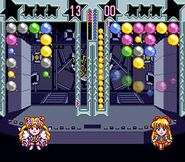 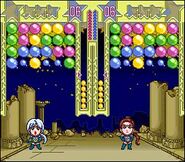 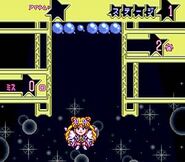 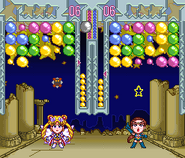 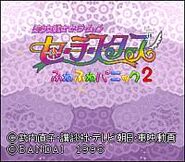 Retrieved from "https://sailormoon.fandom.com/wiki/Bishoujo_Senshi_Sailor_Moon_Sailor_Stars:_Fuwa_Fuwa_Panikku_2?oldid=233786"
Community content is available under CC-BY-SA unless otherwise noted.