The goal of the game is for the player to obtain the three Talismans before their opponent. The player gathers the Talismans by clearing blocks between it and the bottom of the game board. All of the heroes from Sailor Moon S are playable and have different abilities.

The play area is comprised of a series of columns, twelve split between the two players. Typical pieces are colored hearts, but there are also special items hidden among them. 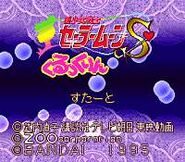 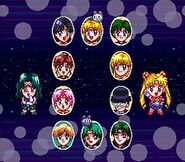 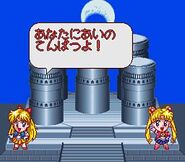 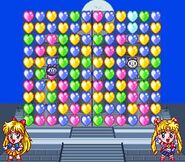 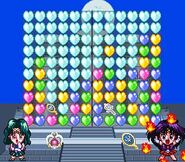 Retrieved from "https://sailormoon.fandom.com/wiki/Bishoujo_Senshi_Sailor_Moon_S:_Kurukkurin?oldid=233785"
Community content is available under CC-BY-SA unless otherwise noted.