The game is a puzzle-type game based on the Sailor Moon S season. The goal of the game is to clear the playing field of blocks. The player moves a cursor on the screen and clicks on blocks of identical color to remove them. Tuxedo Mask and all of the Sailor Guardians except for Sailor Saturn are playable characters. Each character has their own special attack to use in the game. 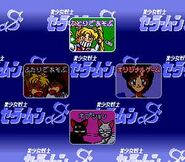 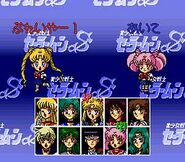 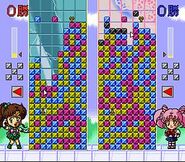 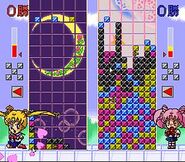 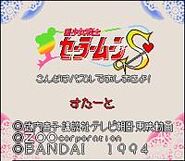 Add a photo to this gallery
Retrieved from "https://sailormoon.fandom.com/wiki/Bishoujo_Senshi_Sailor_Moon_S:_Kondo_wa_Puzzle_de_Oshiokiyo!?oldid=233790"
Community content is available under CC-BY-SA unless otherwise noted.