The game has gameplay similar to Bishoujo Senshi Sailor Moon for Super Famicom, but with more options. The player can choose from any one of the Inner Senshi or Chibiusa. If Chibiusa is chosen, three secret modes for two players will be unlocked.

Once the player has chosen a character, they fight through four levels divided into two sub-levels. They fight numerous Droids, mostly consisting of default Droids based on their manga incarnations, Atsugessho, Furaiki, Dumble, and Avocadora. In later levels, several Jamanen can also be fought. Some of the Droids become more fierce in the last levels, such as Furaiki, who gains the ability to jump and electrocute the playing character. Pressing a special button makes the character use a devastating attack that kills all lesser enemies on screen and causes significant damage to a boss character, although the use of the attack is limited. Bonus items can be picked up from the ground, usually in the form of food items that replenishes the life meter to varying degrees. For example, the rose will give a new life if the life meter is full, and a bowtie will give the player another chance to use the super attack. The playing character can also break down tables or crystals to get bonus items.

At the main screen, the player can the battle mode and then enter into a battle between two of the Sailor Senshi. If two-player mode is chosen with only one player, the opposing Senshi will not fight back, making it more a training mode of sorts.

Chibiusa Mode is synonymous with an "Easy Mode". Chibiusa's sprite is too short to be hit by most attacks. The only enemies that can hit her are the enemies that utilize low attacks or tracing attacks. The enemies are also made easier to beat. Chibiusa fights using her parasol. 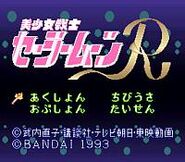 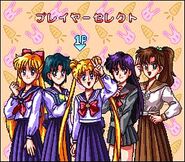 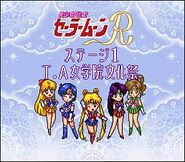 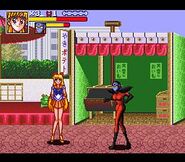 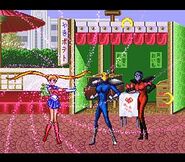 Retrieved from "https://sailormoon.fandom.com/wiki/Bishoujo_Senshi_Sailor_Moon_R_(Super_Famicom)?oldid=233860"
Community content is available under CC-BY-SA unless otherwise noted.