Start a Wiki
Pretty Soldier Sailor Moon is a video game released in Japan in 1994 for the PC-Engine console. It is a minigame collection that takes place during the R season.

At the start of the game, the player will be offered a choice between Usagi, Minako, Rei, Makoto, Ami, and Chibiusa. Each character has a minigame. If the player wins or loses depending, they will view a "cutscene" and if they unlock all of the "cutscenes", they will either receive a transformation or an attack scene from the anime.

Usagi's Red Flag or White Flag: In this minigame, Usagi is holding a red flag or a white flag, when she raises one or both of the flags the playes must call them out. The player has seven lives, and losing them will result in losing the game.

Mercury's Quiz: In this minigame, Ami gives the player a timed quiz with three answers. After finishing a certain amount of questions, the player advances to the next level. The player will automatically lose one of their five lives and the timer will run faster. Losing all five lives will result in losing the game.

Rei's Dress-up Game: This minigame bears similarities to Simon Says. Rei will give the player four outfits; her Sailor Mars outfir, her kimono outfit, her dress, and her school uniform, and puts them in a pattern. The player must follow and match the patterns within a two-minute time frame. Incorrectly matching a matter will cause the time to decrease, and the game will end once all of the time runs out.

Venus's Jan-ken-pon: In this minigame, the player is to play against Venus in a bout of rock-paper-scissors. If the player's five lives are depleted, the game will end.

Chibusa's Gallery: After watching the minigame cutscenes, the player can visit the gallery to view them again if he or she desires. 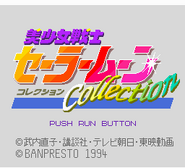 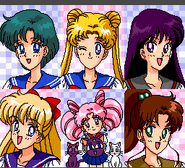 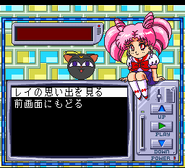 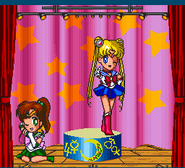 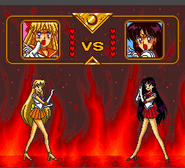 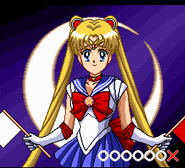 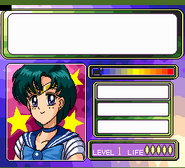 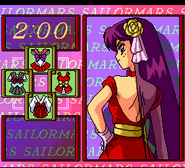 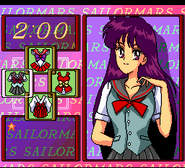 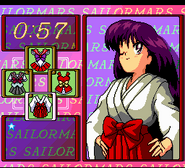 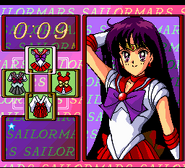 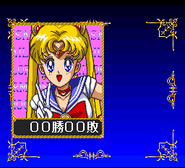 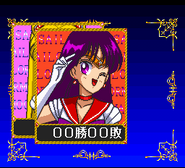 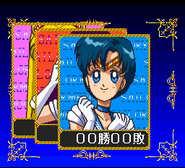 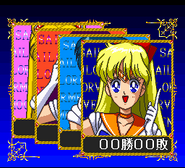 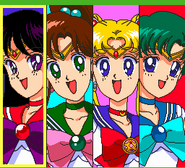 Add a photo to this gallery
Retrieved from "https://sailormoon.fandom.com/wiki/Bishoujo_Senshi_Sailor_Moon_(PC-Engine)?oldid=206933"
Community content is available under CC-BY-SA unless otherwise noted.